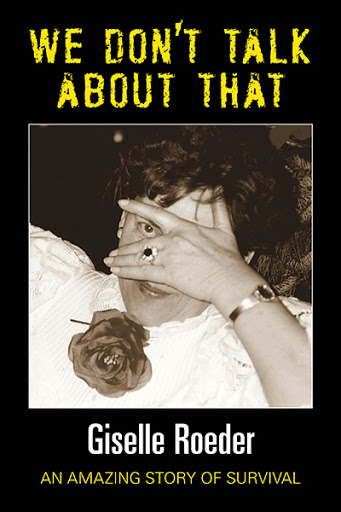 We don’t talk about that is a fitting title for the memoir of a woman who lost her childhood, home and innocence to a war that extended into what should have been peacetime.

A colourful cast of relatives inhabit life on the farm in Roeder’s early life; back when cars, machinery and hot running water were novelties in European village life. Even during the 1930’s one begins to understand that ordinary Germans were nearly powerless to speak out against the ruling Nazis. To do so, was to invite disaster on your family and standing in the community. Though Roeder’s father was not a Nazi, like most men of that generation, he was drafted into the army, leaving the women to eke out their existence in the family home.

But the worst was yet to come. As the World War Two drew to a close, occupying Russian soldiers murdered neighbours and raped women. Their calls of “Frau Komm” sent women of all ages into hiding.

Forced into servitude on their own property after the war, Roeder tells of their life under the new communist authorities, including occasional acts of kindness and moments of joy. The family were just getting used to their new way of life, when everything changes again. Imagine being given only a few moments notice to evacuate your home. All you have is a baby stroller, a handcart and four daughters, one of whom is an infant. What do you bring? Where will you stay and how will you feed your children?

Roeder’s family joined millions of others expelled from their homes in the German states of Pomerania and Prussia. The political decision to hand the territories over to Poland had devastating and tragic consequences for those who made the journey west. As the eldest child in the family, Roeder is initiated into adulthood at the age of 11. Without her resourcefulness the family may not have survived.

Roeder recounts her story with such vivid detail it is truly like being there. She mixes it all—the good, the bad and the horrendous, so that it rings true.  You can’t make this stuff up. It is a living nightmare that no child should have to live through. The reader cannot help but gain new understanding of these little examined events of history and the long term effects of trauma on those who lived through it.

The author’s first language was German, so the writing is not perfect. But a few odd sentences and incorrect grammar do little to mar this important story. In a way, I concluded that these quirks add to her authentic voice. We don’t talk about that is an important book and the emotion and intensity of the story will stay with you.