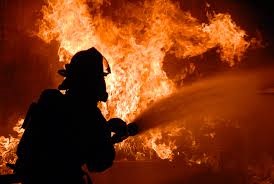 Much of the setting of my childhood has been lost in a frenzy of redevelopment. By the time I have grandchildren, nothing much will be left to show them of the places I grew up. The home my family moved to when I was 17 was recently bulldozed. My grandparent’s homestead, my uncle’s houses, the corner store, all gone. The home I lived in as a child, though now over a century old, will be flattened in favour of generic Georgian style condos, their old-fashioned facades mocking the absence of their predecessors.

My sentimentality at the loss of history is amplified by the recent New Westminster fire, which consumed half a city block of historic buildings, housing some businesses that had been there for generations. With an inferno rivalling a Hollywood blockbuster, heritage buildings exploded in a roaring blaze with flames pouring out the windows. On the evening news, small business owners watched in shock, their occupations, inventories and memories consumed in flames.

I hardly ever go to New West anymore. My side of the river now has all the stores and services I could ever need, but when I was a child, it was predominantly a farming community and suburb and so our shopping and errand destination was frequently the ‘Royal City,’ aka New Westminster.

My mother, being wisely suspect of the local medical care, which years later has only gotten worse due to an ever-expanding population and lagging infrastructure, took us to a kindly and old-fashioned physician in New Westminster. After a check-up, we usually made a day of it- a trip to the Metropolitan department store for a milkshake and fries at the lunch counter, followed by a visit to the Army and Navy store across Columbia Street to purchase clothes for my brothers and myself.  Though the A & N boutique, as we used to call it, was also known for affordable shoes, my shoes were rarely purchased there.

Badly pronated arches and ankles confined my feet to sensible oxfords, in a day when shiny patent leather shoes were the fashion for little girls. In spite of budgetary constraints, my Mom splurged on good footwear for me, purchased at a more traditional establishment around the corner, where personal service was a tradition. We opened the door under the awning and were greeted by the smell of leather and a gentleman proprietor, who attentively measured my feet for the appropriate lace up footwear.

On our way back to the station wagon, we dawdled past the antique stores, a hat shop and a bridal store, stopping briefly to admire some curio or a dreamy dress in the windows behind the false brick storefronts.

Some of what I remember is a heap of ashes now, but the charm of what they used to call the “Golden Mile” is part of my history and will rise like a dream from the smoke and embers, of another time and place.