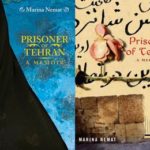 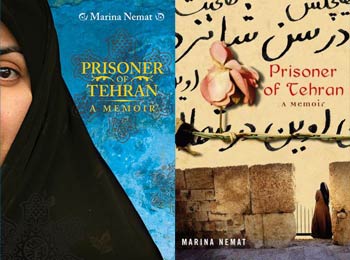 In late 1970’s Iran, the Shah’s government was on shaky ground and the relative peace of Marina Nemat’s childhood erupted into unrest and restrictions on freedom,  culminating in the death of her friend. As a young woman and a Christian minority, she dared to participate in protests against the Ayatollah Khomeini and spoke out at her school when the political climate affected her education.

In 1982, at the age of sixteen she was arrested for her political activities, along with several of her friends and taken to Evin prison where she was interrogated and tortured.  She was slated for execution, but at the last minute, a prison guard intervened and her sentence was commuted to mere “life imprisonment.” Little did Nemat realise the price she would have to pay for being allowed to live.

After several months of suffering and watching her friends be sent to their deaths, she is forced to make the most difficult choices of her life. Eventually freedom comes, but at a cost. Her traumatic experiences prove almost impossible to express to others and she recognises that she has changed. It is a prison of another kind.

The narrative is a poignant and emotional journey. Though some have criticised the book for being “movie like” or patently untrue, notwithstanding the slight variations in memory that may exist over time, this memoir has the ring of truth.  The author should only be commended for her courage to write such a raw and painful story.

She comes to discern that her captors, even the Ayatollah himself, are, like all of us, a complex mixture of good and bad.  This understanding of human nature and its shades of grey is impressive, when it is so much easier to paint people as either morally upright or evil. What’s more, though she fully grasps the wrongs done to her, she made the decision to forgive—of this she states, “I knew forgiveness didn’t come at once and complete, beautifully packaged and tied with a red ribbon, but it came little by little. And my forgiving…wasn’t going to erase the pain…but would help me rise above the past and face all that had happened…so I could be free” (p.236).

After many years of silence, Nemat chose to heal by giving voice to her trials and becoming a witness to the egregious errors of political imprisonment. This book was a “Canada Reads” contender in 2012.  A well written and moving story.